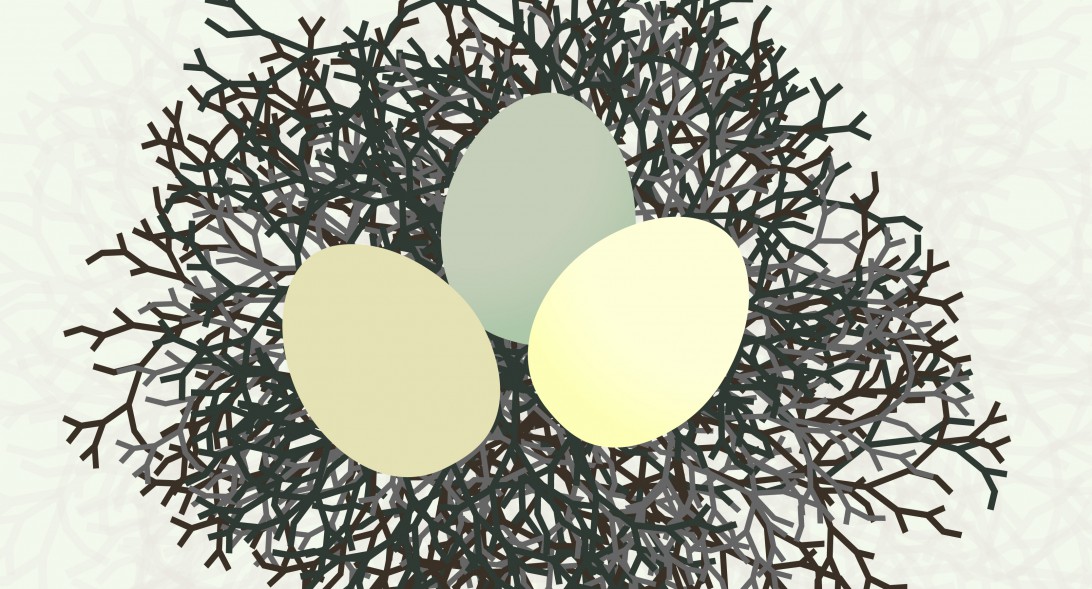 As evidenced by the scarcity of posts on this humble blog, I have not done much writing lately. However, I have been doing a lot of reading. Here are a few things I’ve read recently that I quite enjoyed.

This novel takes place in the city of Kars and follows the journey of the poet, Ka, who has returned to his native Turkey after being a political exile in Germany for twelve years. While his stated purpose in returning is to write about the suicides of several Muslim teenage girls referred to as “the head scarf girls,” he hopes to also become reacquainted with the beautiful–and recently divorced–Ipek.

The heavy snow in Kars temporarily cuts off transportation to and and from the city and as a result the city is isolated. During this period of isolation Ka meets a cast of characters; from Ipek’s ex-husband, to alleged Muslim extremists, would-be-writers, and a curiously dangerous acting troupe.

Snow deals with the conflicts of Eastern versus Western, secularism versus religion, and tradition versus the modern through the lens of Ka in his quest to find love, god, and poetry.

Marvels is a look at the development of modern surgery through the life and practice of Dr. Thomas Mutter. While the Mutter Museum is still around today, a collection of medical oddities to educate–and fascinate–all who view them, little is known about Dr. Mutter. The man kept no diary (neither did his wife), there is little left of his correspondence, and he had no children. What is known of Mutter is what endeared him to his students, his patients, and the medical world. His style, passion, flair, compassion, and cutting-edge ideas continue to be put to use in surgery today.

Since chronic illness has yet again to rear its ugly head, I have been spending a good deal of my time indoors, mainly shuffling from house to hospital and back again. As a result, I’ve been doing a lot more reading lately. Here are a few things I’ve picked up lately that I recommend.

As a brown girl growing up in two different worlds (north and south), and fancies herself an occasional poet, this book was very dear to me. It is a quick read as it is written at a child’s level and consists of short free verse poems, but it left a lasting impression. I think it is the kind of book that grows with you.

My mother bought this for me at a yard sale merely because it was old book and whenever I attend yard sales I frequently look for books and antiques. This book was published in the late 60s and beyond a little yellowing and wear and tear near the corners it is in good condition. I regret not having read any of Gibran’s work previously. This volume contains some of the most breathtaking poetry I’ve ever had the pleasure of reading.

In the Country by Mia Alvar

A collection of short stories detailing the lives of Filipinos from Manila to Bahrain and beyond, from cultural struggles to dealing with life in diaspora, each story sheds light on not only the Filipino culture but also reveals universal truths about ourselves and the human condition.

While imaginary friends can only be seen and heard by the people who imagined them and not the general public, they can also interact with other imaginary friends. Through Budo we are introduced to a colorful cast of imaginary characters including a fairy, a mobile paper doll, and a talking spoon. With the help of those characters among others, Budo must act to save his friend Max from Mrs. Patterson, Max’s parapsychologist and teacher gone rogue. But in doing so Budo must also put himself in danger of disappearing forever.

Memoirs was thoroughly engaging. It was funny and endearing while still maintaining a poignant edge. It manages to balance its lightness with equal gravity by exploring the fascinating realm of imaginary creations, what it means to live, and the price of growing up.

I’d never heard of Tom Robbins and his books aren’t ones I normally see gracing the shelves of my local bookstore (not unless they are haunting the inventory at a second hand shop). So naturally, I was largely unacquainted with his work. I first encountered Still Life With Woodpecker at work. One of our regular customers is downsizing their home library and graciously decided to bestow his books upon us. As a result, our backroom is littered with books. Two giant storage totes, boxes, and bags. There are books under and behind chairs, on the desk, on top of the fridge, crawling out from the shelves. Clearly, I always have an abundance of things to read at work. Though, the space to read them is becoming increasingly less abundant.

When I picked up Still Life and read the back cover I thought it sounded a bit odd. (Upon a cursory Google search the author apparently did acid in the ‘60s, which makes a lot of sense.) Indeed, Robbins’ book seems the kind that would take on a cult following—a small, but dedicated group who swear by his literary talent and glean literary merit from what the more critical might consider cheap thrills and trash literature. In fact, a critic once said of Robbins, “[he] writes like Dolly Parton looks,” which I don’t imagine to be a compliment. (No offense to Mrs. Parton.)

At its core Still Life is a love story between an outlaw nicknamed the Woodpecker, who has a penchant for blowing things up with dynamite, and Leigh-Cheri, a princess of indefinite European origin who is exiled with her family to Seattle in a blackberry plagued mansion. (At the end of the novel the mansion is entirely engulfed in blackberries.)

Leigh-Cheri meets the Woodpecker (Bernard Mickey Wrangle) on a trip to the Geo-Therapy Care Fest in Hawaii, a conference that is set to tackle the problems of sexism, racism, and environmentalism, among other things (and is said to have Ralph Nader in attendance). By accident, fate, or too many shots of tequila, the Woodpecker who means to bomb the Care Fest, bombs a UFO conference held in the same hotel. It is due to this mistake (and the Woodpecker’s crime being spotted by none other than the princess’ servant, who later develops a cocaine habit and becomes queen, try to keep up) that Leigh-Cheri and Bernard cross paths. The princess resolves to turn him into the authorities, but falls in love instead. But their love-at-first-sight romance is thwarted, when in trying to court the princess, Bernard, in a moment of neglect, accidentally sits on and kills the Queen’s beloved Chihuahua, and is arrested.

Two and a half years pass before Leigh-Cheri and Bernard meet again. For months in mourning Leigh-Cheri locks herself up in her attic and tries to recreate the feel of her lover’s jail cell. This sequestering receives public notice and creates a fad, which Bernard in a letter to Leigh-Cheri denounces. Heartbroken, Leigh-Cheri vows to put the Woodpecker out of her mind and reemerges from her attic and agrees to marry an Arab suitor (A’ben Fizel) upon completion of a pyramid. (The power of pyramids being a mystery she is intent on solving due to months spent contemplating a box of Camel cigarettes.)

The night before her wedding Leigh-Cheri gets news of Bernard’s death. Her jealous husband-to-be had him killed. In despair she goes to the heart of the pyramid she had erected for some kind of solace and there she finds Bernard waiting, quite alive. Upon seeing their reunion embrace A’ben locks the door to the pyramid with the intention of letting the pair starve to death. He makes up a story that extremists kidnapped the princess and paints the pyramid black as a monument to his beloved. Leigh-Cheri and Bernard survive a little over a month on champagne and wedding cake before Leigh-Cheri blows the door off the room with the dynamite Bernard always seems to have on his person. The lovers survive the explosion but both end up deaf. The novel ends with the two of them living their lives out in domestic bliss in the mansion overgrown by blackberries.

Robbins’ book was at times entertaining but I will admit there were several instances that I did start to lose interest. He meanders a bit (there is a running bit about a typewriter independent to the story) and sometimes his insights into the dilemma of romanticism and activism, individualism and society border on preachy and pedantic. At times he is very clever, but other times he seems to be trying to be overly clever and the writing loses its charm.

But there are quite a few gems in Robbins’ story, a few instances when the writing verges on brilliant before retreating back into the absurd. His narrative is colorful, his use of language playful, and the metaphors he uses are nothing if not inventive, and always strange. He refers to a particular part of the Leigh-Cheri’s anatomy as a “peachfish” and also occasionally “peachclam.” (I should note I had a very uncomfortable conversation with my mother about the accuracy of these terms.) He also details one of the most unappetizing, if not entirely accurate sex scenes I’ve ever read. “Slurp and slobber, smack and excess water.”

Even with its glaring flaws, Still Life With Woodpecker does manage to be charming in spite of itself. While sometimes tedious, it can be fun, if you’re along for the ride.

“How can you eat with feet looking at you?” My manager asks. I’m having lunch at the backroom desk.

He’s referring to the book sitting on the table next to me. Its cover features a photograph of a pair of feet, soles up. There is a sheet covering the legs of those feet down to the ankle. A tag is looped around the rightmost big toe.

“What’s it about anyway?” he asks.

My manager looks at me as though I’ve just told him I enjoy performing satanic rituals on kittens in my spare time. I can only imagine the looks the author herself must have gotten.

Stiff: The Curious Lives of Human Cadavers is an exploration of what happens to our bodies after we die, whether it be decomposition, organ donation, or serving as crash test dummies.

While a book about dead bodies may seem a bit off-putting to some, Mary Roach’s dry, deadpan humor breathes life into this morbidly fascinating tale of what physically happens to us after death.

Stiff spans centuries and continents, exploring the mummification techniques of the ancient Egyptians, investigating a modern day Sweeney Todd-esque tale of human dumplings, and relaying the use of cadaveric medicine in the past, which made me really appreciative of the fact I live in this century. (The amount of topical uses for human feces, as well as human remains is alarming. Dried fecal matter for blemishes, anyone? How about distilled human skull as a treatment for epilepsy. Medieval medicine is a terrifying venture.)

Through it all, Roach shows an admiration for these cadavers. These unnamed heroes have saved countless lives through medicine, have helped solve crimes in forensics, and are instrumental in making safer vehicles, equipment, and surgical procedures for those of us still kicking.

Stiff is not a book for the squeamish or faint of heart, but it is a book that manages to be lighthearted while still paying homage to all the great work our bodies have done after we leave them.